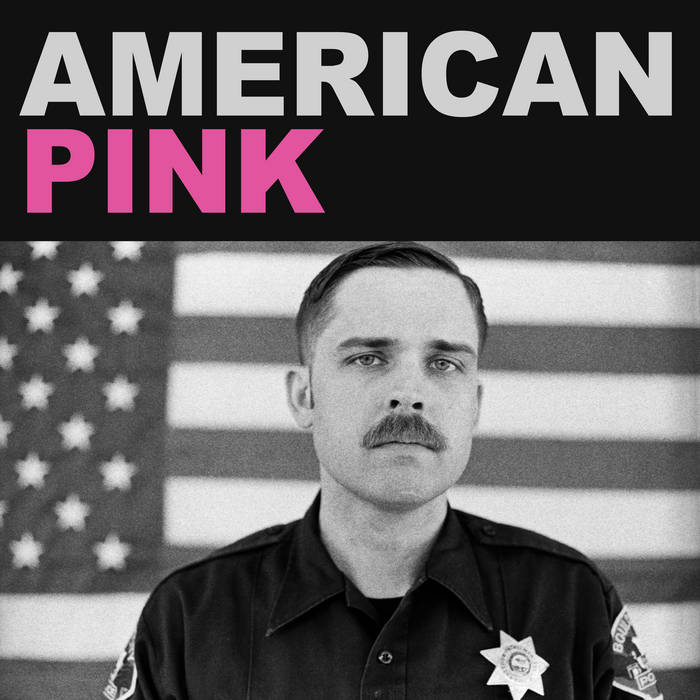 The album American Pink revolves around an easy-to-grasp supposition: “It’s better to be something you are, than something you’re not.” Yet for the entirety of the album, the characters that inhabit the songs wrestle with this, both what they are, and what they aren’t.

That might not seem like enough to make an album out of, but did I mention there are guitars? Like, loud ones. Like a wall. Not to hide behind, but how the ocean can be a wall when it has to. Or how a three piece can fill a room fuller than a riot. Like a tide can change the shape of society without even acknowledging any resistance. Or like Rock and Roll, the way we remember it, and it probably never was.

It’s tough to see the significance of the thing that’s right in front of your face. Jack Evan Johnson is a journalist who has chosen to work in song, and this album shares as much in common with Studs Terkel’s Working as it does Bruce Springsteen’s Nebraska. He’s a storyteller who can still project over the din of the bar. In quiet moments, wistful dreamers reflect from the wrong side of the shit jobs that anchor shit lives. And that gets loud quick. Maybe it’s rough-necking out on the oil fields. Or maybe it’s a career behind a badge, which inevitably means behind a gun. Because these songs have a way of finding their moment the same way we all find our moment, seemingly by accident, but not.

In 2019, it’s possible that the average American doesn’t have the perspective or desire to parse the big “isms” that the poets and professors won’t shut up about. They really need cat food. They can’t afford it, but the cat is the only thing right about their life. They dream of the transformative power of the road, of the cars that can carry them the next town over. They dream that town is different than their own, and it is, because they will never set foot there. It can be still anything, even after they can’t.

These songs are populated with the ghosts of who we could have been. Somewhere there is a better America, hiding from us in a magazine. “If she had a little money, she’d get her own place, somewhere nice.” Or he’s “quitting this fucking job and going back to school.” Or “the days are long, but I carry on.” Or “one day, babe, we’re gonna go real far, we’ll get away in a faraway car.” Even if we don’t, we will still dream about it. Because “it was all just a dream, it was all just an American dream.”

I can’t do this album justice. We can’t do each other justice, even when we try. That’s so much bigger than politics. I think that’s what the album is really about. Because we try. And that is fucking gorgeous. We try and we fail and wake up tomorrow and make rent. And behind all the flailing lies a million stars as far away as those other towns, a dizzying emptiness that cracks the veneer of our discontent. And then out spills a family, a college loan that no one can afford for an education no one needs, or out spills a lifetime. And then, finally, out spills the American Pink, and goddamn it’s beautiful and strange. - James Norman