Speed of the Sound of Loneliness

by Jeff Mix & The Songhearts 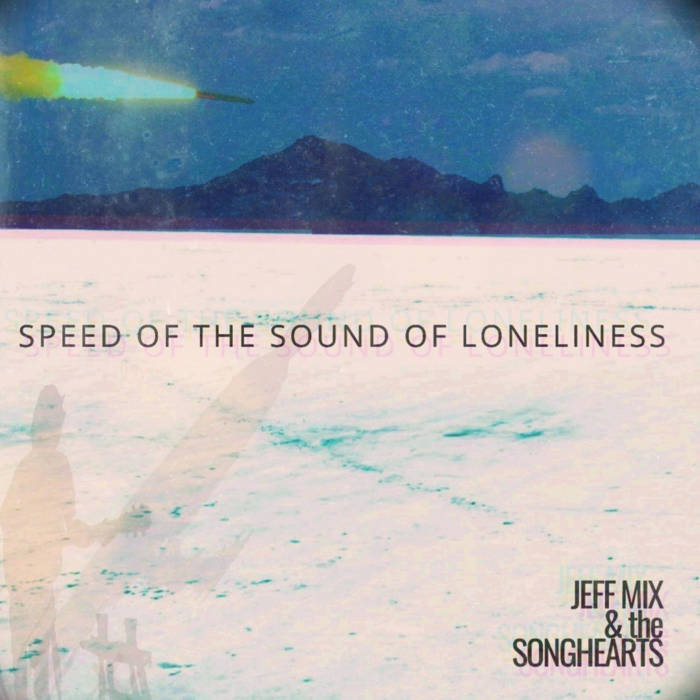 “The hardcore Prine fans are going to come for you with torches.”
–Barry Mix (Jeff’s Dad)

The listeners will need to decide if Jeff Mix took this John Prine song too far left of center.
“I tried to imagine, ‘What if The Killers were to do a John Prine song?’ … something with synth and a driving beat in a minor key,” Mix said. Maybe it was the isolation during Covid. Or maybe the fact it was recorded at home, in a modest room above the garage in Nashville, before they packed up and headed home to Las Vegas.
“There wasn’t anyone to bounce things off, except for my wife Lee Ann, who played bass on the track. I was left to my own devices to create as best I could given the world at that time,” he said. The drums were done by long-time friend and Killers drum tech Rob Whited in his home studio in Los Angeles. Grammy winner Eddie Spear (Chris Stapleton, Brandi Carlile) did the final mix of the song.
“Speed of the Sound of Loneliness” was recorded for the upcoming John Prine tribute album Kiss My Ass Goodbye. It’s an official Record Store Day 2021 release (July 17), and was put together by Nashville-based label Devil’s Tower Records and Portland-based Groove Family Records, with all proceeds benefitting the Nashville Rescue Mission (nashvillerescuemission.org). There will be 1,000 copies pressed of the 2xLP, featuring 20 unique takes on John Prine classics by legendary and emerging artists from Nashville, Las Vegas, Athens, Seattle, Chicago, and beyond.
There isn’t a digital release planned for at this time, so get your orders in for the vinyl. (Cool side note - the vinyl was mastered by Pete Lyman, who also won a Grammy for mastering John Prine’s final album, Tree of Forgiveness.)
Mix has been a huge John Prine fan ever since his Dad gifted him the Great Days anthology double cassette for Christmas in ’92. “Now all three of my grown children, at some point, got to see John Prine in concert, and that definitely shows successful parenting,” Mix says.